As the title suggests, some images from memorable camps in and around the Peak District, Wales, Lake District and Scotland, each with a brief description (and in no particular order).
2020 hasn't been great for getting outdoors but the time I have spent there I've really cherished.
Kinder Scout (Peak District)
I remember a mad dash home, quick shower, and another mad dash through midday traffic to park up in Hayfield mid afternoon. As I made my way up Kinder Low End I lost my race against sunset and pitched my tent in dusky conditions. It got down to -5 during the night (though I slept soundly) and the sunrise next morning was spectacular making the previous day's effort well worth it. 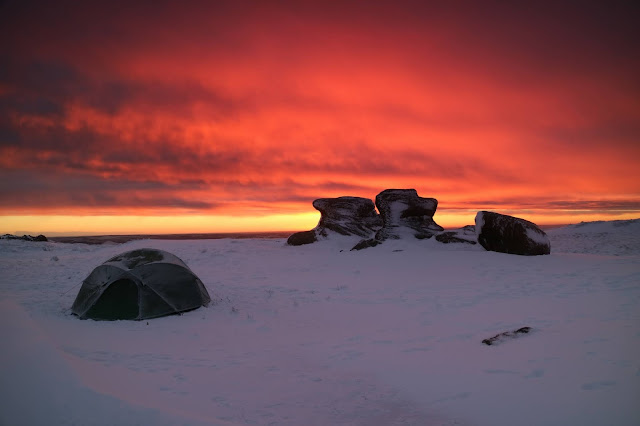 Chrome Hill (Peak District)
This unique limestone reef in the Peak District has a tendency to reward with some delightful misty scenes and the sheep nearby just topped off a splendid morning. 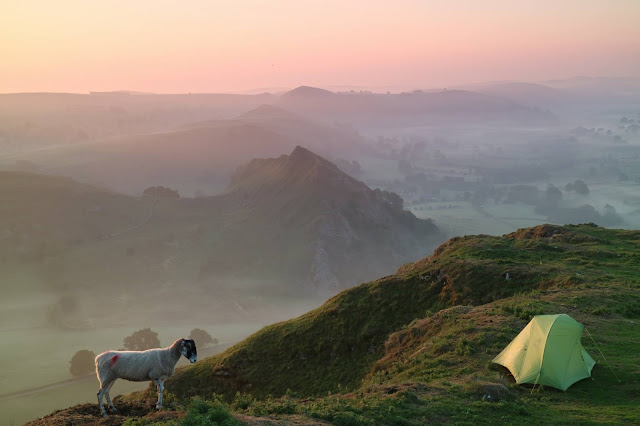 Drum (Wales)
After a sweaty yomp up the valley I got to camp just after sunset and as I was pitching my tent I realised with utter dismay that I'd forgotten to buy some milk from the services, black tea or coffee it is then..
I went out later that night to get some shots of the tent and clear sky and noticed a slight green tinge on the horizon, at first I was convinced it was light pollution but it became apparent that it wasn't, and after so many close calls with the Northern Lights I'd finally caught a glimpse of them. 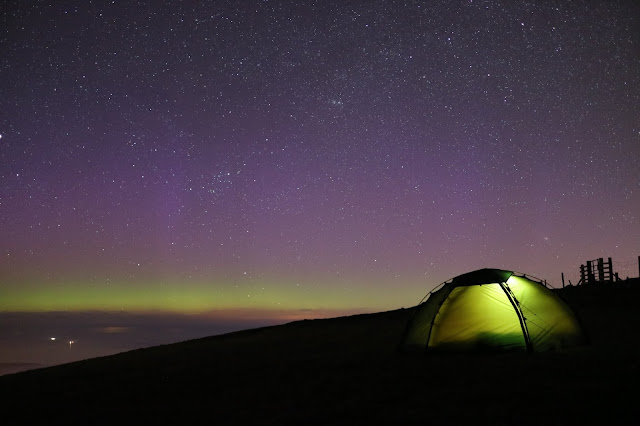 Glasgym (Wales)
There's something amazing about inversions, it's like another layer of separation between the camper up high and bustling civilisation below, making the solitude even sweeter. 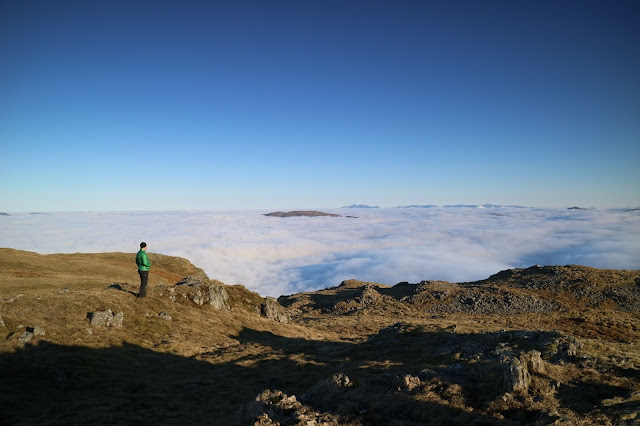 Skiddaw (Lake District)
The walk up was incredibly foggy and the views were almost non-existent, I pitched my tent away from the summit and happened to look out by chance when this awesome scene was unfolding in front of me, it didn't last long but what a view it was. 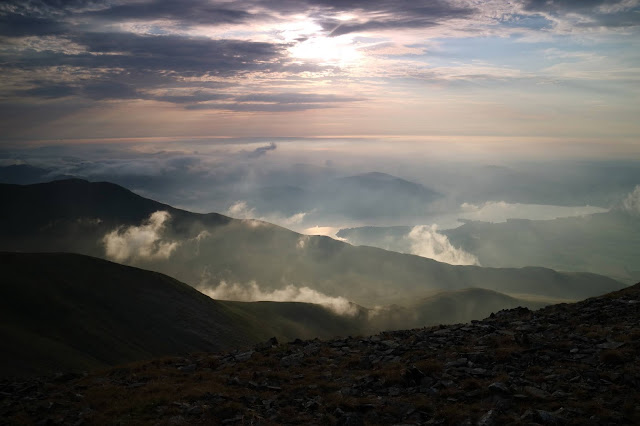 Pillar (Lake District)
The day was pretty brutal, a long knackering plod with lots of ascent, numerous Wainwrights and minimal chance to hydrate, I contemplated stopping way before the summit but continued on out of stubbornness, (and I'm so glad that I did). 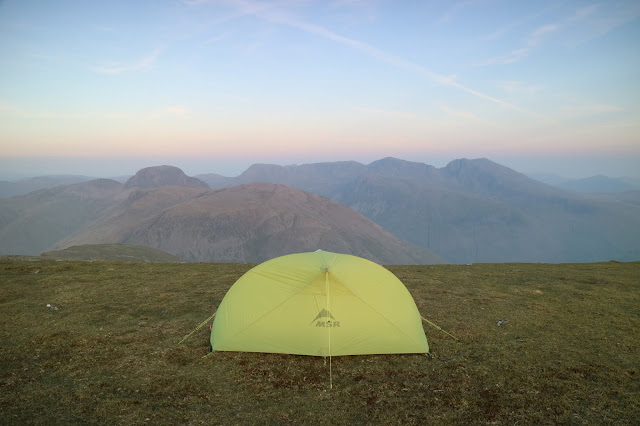 Kirk Fell (Lake District)
One of my favourite parts of the Lake District and after a clear frosty night I remember looking over to the High Stile ridge and feeling so small and insignificant, very humbling. 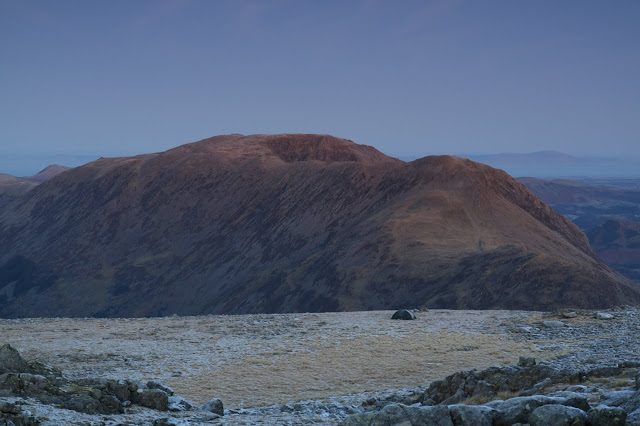 Dollywaggon Pike (Lake District)
Some beautiful morning colours on Helvellyn from my vantage point on Dollywaggon Pike, I rarely use the zoom for photos but I really like how this one turned out. 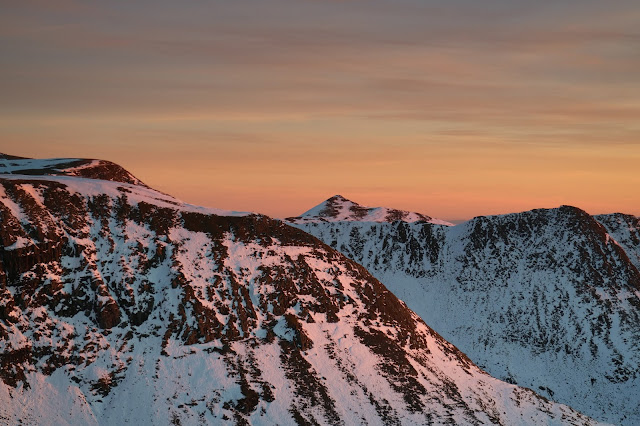 Great End (Lake District)
A mind-blowing sunset seen from the summit, the colour in the valley got so incredibly red shortly after, and I've yet to better it since. 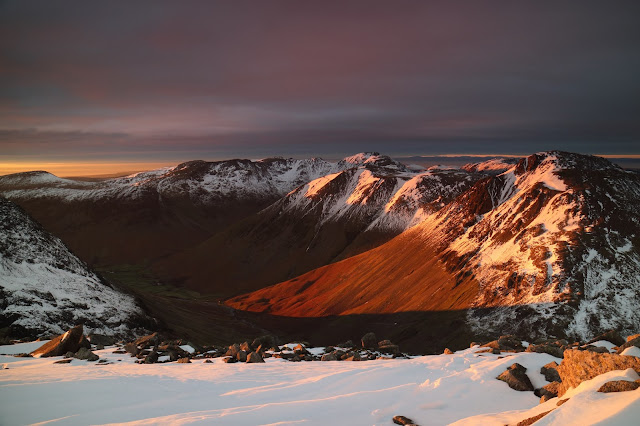 Mullach nan Coirean (Scotland)
Mist hung around the tops till midday and I set off late, making my own pathless route up to the summit.
That night was one of the stillest/quietest I've ever experienced, not a breath of wind and a beautifully clear sky with amazing views to Ben Nevis and the rest of the Mamores, unfortunately a check of the forecast revealed 50-60mph gusts incoming very early the next morning, I never slept and packed up at 02:00 to descend the mountain and had a brutal walk all the way back to the car. 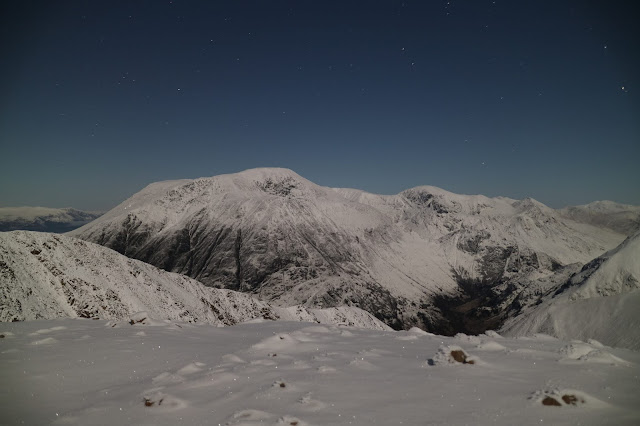 Lee's Outdoor Blog
I have always been an outdoor person and growing up on the outskirts of Derby has always allowed me to venture out walking or mountain-biking when I have the spare time (and energy!). Since a young age I've also had an interest in photography, couple that with my love for the outdoors (and recently dipping my toes into the world of wild camping) I decided I'd like to share my experiences with anyone who's interested!